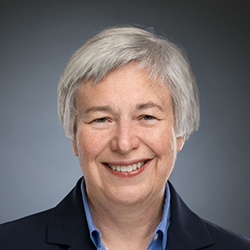 Annette Reilly was a proposal developer and engineering manager during her 31-year career with Lockheed Martin. A Fellow and Past President of STC, she has been a judge for the International Summit Competition over 20 times and frequent co-manager of the chapter's competition. Annette initiated the Online Communication Competition for the chapter in the 1996-1997 competitions. She currently works on international standards for software and systems documentation as the IEEE Computer Society representative to several ISO and IEEE committees, and edits the dictionary of Software and Systems Engineering Vocabulary at https://pascal.computer.org/sev_display/index.action.

Connect with Annette at

This website won an Award for Publication Excellence in the APEX® 2022 Awards competition!