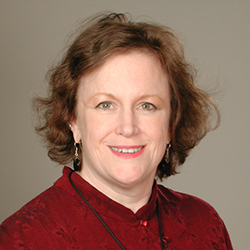 Cynthia A. Lockley is a Fellow of the Society. She joined STC in 1979 and 2017 makes this her 38th year with STC. She has served two terms as the President of the Washington, DC – Baltimore (WDCB) Chapter: from 2000 to 2001 and from 1998 to 1999. Cynthia worked her way up to chapter president serving as the First Vice President/Events Committee Manager, Second Vice President/Competition Committee Manager, Web Diva (1995 to present), and as the Publicity Committee Manager for the chapter and for the 1995 Annual Conference. Her ongoing service to the chapter includes serving as the Bylaws Committee Manager, the Website Team Manager, and the Publications Manager for the chapter's STC Technical Summit Competition. She's also served as a Director-at-Large, a member of the Employment Committee and the Publicity Committee, as well as providing advisory support to current chapter officers and committees, and judging in the technical communication competitions.

Cynthia originated the Washington, DC – Baltimore (WDCB) Chapter's website, moving the chapter online in 1995. She continues to serve as the Web Diva of the chapter's site and is responsible for the chapter winning a Grand Award in the 2009 APEX™ Awards Competition for Publication Excellence. At the international level, she served as the Web Diva and a SIG leader for the AccessAbility SIG. She currently maintains Twitter and LinkedIn groups for the Washington, DC – Baltimore (WDCB) Chapter and is a co-administrator of the chapter's Facebook page. Cynthia is a founding member of the AccessAbility SIG and was also a founding member of the New Media Delivery Systems/Electronic Media Committee as the Region 2 Webmaster, where she developed and maintained the STC Region 2 website and mentored other chapter webmasters in Region 2 while it existed.

Cynthia is proud of the many awards she has helped the chapter earn, some of which include the Community of Distinction awards in 2012 and 2008, an Award of Distinction in the 2000 Chapter Public Relations Competition, a Chapter of Excellence Award in 2001 while chapter president, and an Award of Excellence in the 2002 Chapter Public Relations Competition. She has also personally earned a Distinguished Chapter Service Award (DCSA), a Society-level Distinguished SIG Service Award (DSSA), and several Distinction, Excellent, and Merit awards in various STC technical communication competitions. She has given presentations at chapter events and at the annual conferences as well as serving as a panel moderator and table host at conference and Leadership Day sessions. Cynthia was elected to the rank of Associate Fellow of the Society in 2002 and honored as a Fellow of the Society in 2004.

Cynthia's credentials include over 30 years of experience in the U.S., Germany, and France working as a technical communicator and manager with universities and high-tech firms. Her best ever "working vacation" as a consultant on the French Riviera for 6 weeks was the result of making a new friend at STC conferences.

Connect with Cynthia at

Register and join us for the STC 69th Annual Conference: Technical Communication Summit 2022 at the Hyatt Regency O’Hare, in Rosemont, Illinois (outside of Chicago).
Date: 15-18 May 2022

This website won an Award for Publication Excellence in the APEX® Awards 30th Anniversary 2018 competition!