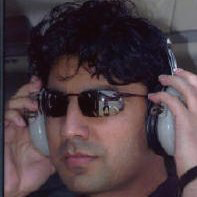 Minhaj as the hapter treasurer from 2012-2014. He now works as a Salesforce Administrator with Sevatec, Inc. He loves to travel and has authored a humorous novel. "How Desis Became the Greatest Nation On Earth" is on Amazon: https://www.amazon.com/Desis-Became-Greatest-Nation-Earth-ebook/dp/B007D6JF82/ref=tmm_kin_swatch_0?_encoding=UTF8&sr=8-1&qid=1417196183

Minhaj was a partner at Lucid IDS where he manages the day-to-day operations of the business. He has over 10 years of technical writing experience with the U.S. Army and Federal Aviation Administration agencies; and with companies such as AOL and BoxTone Inc.

Connect with Minhaj at 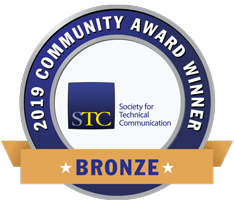 This website won an Award for Publication Excellence in the APEX® Awards 30th Anniversary 2018 competition!

Register and join us for the STC 67th Annual Conference: Technical Communication Summit 2020 at the Hyatt Regency Bellevue in Bellevue, Washington.
Date: 15-18 May 2020

Visit our board on Pinterest for news about the chapter and checkout our Things to Do in the Washington, DC and Baltimore metropolitan areas board.

Lots more on our full boards!